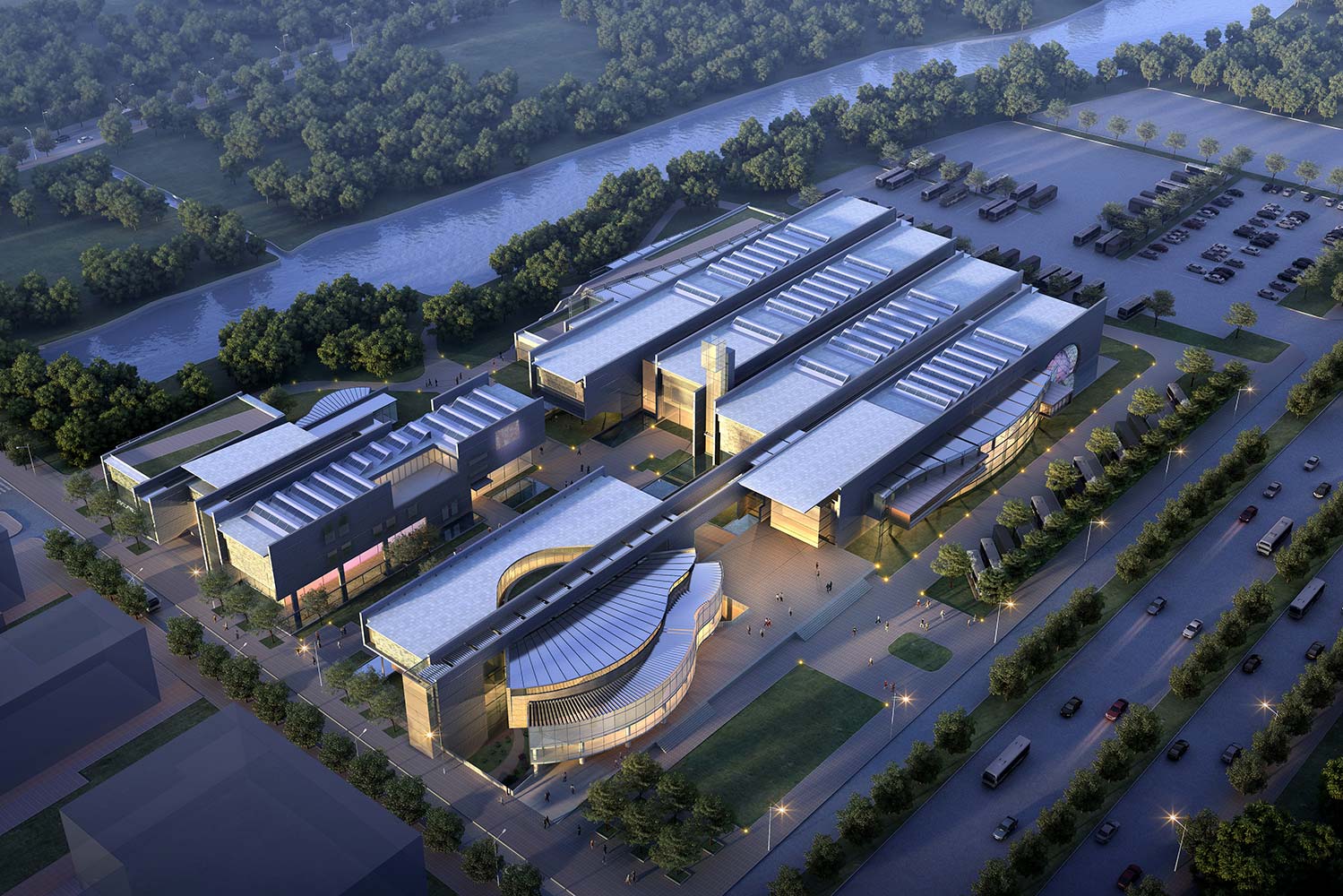 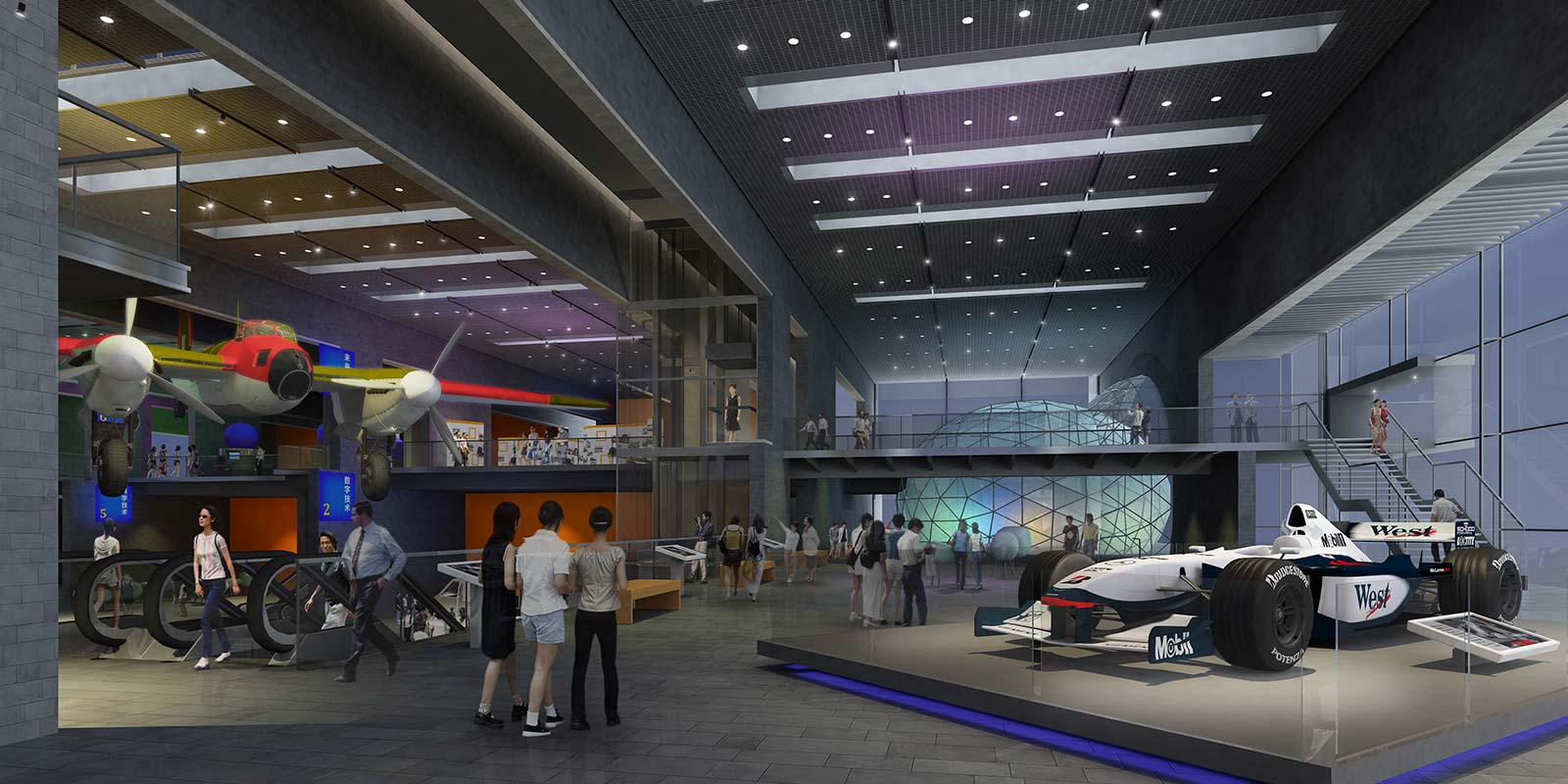 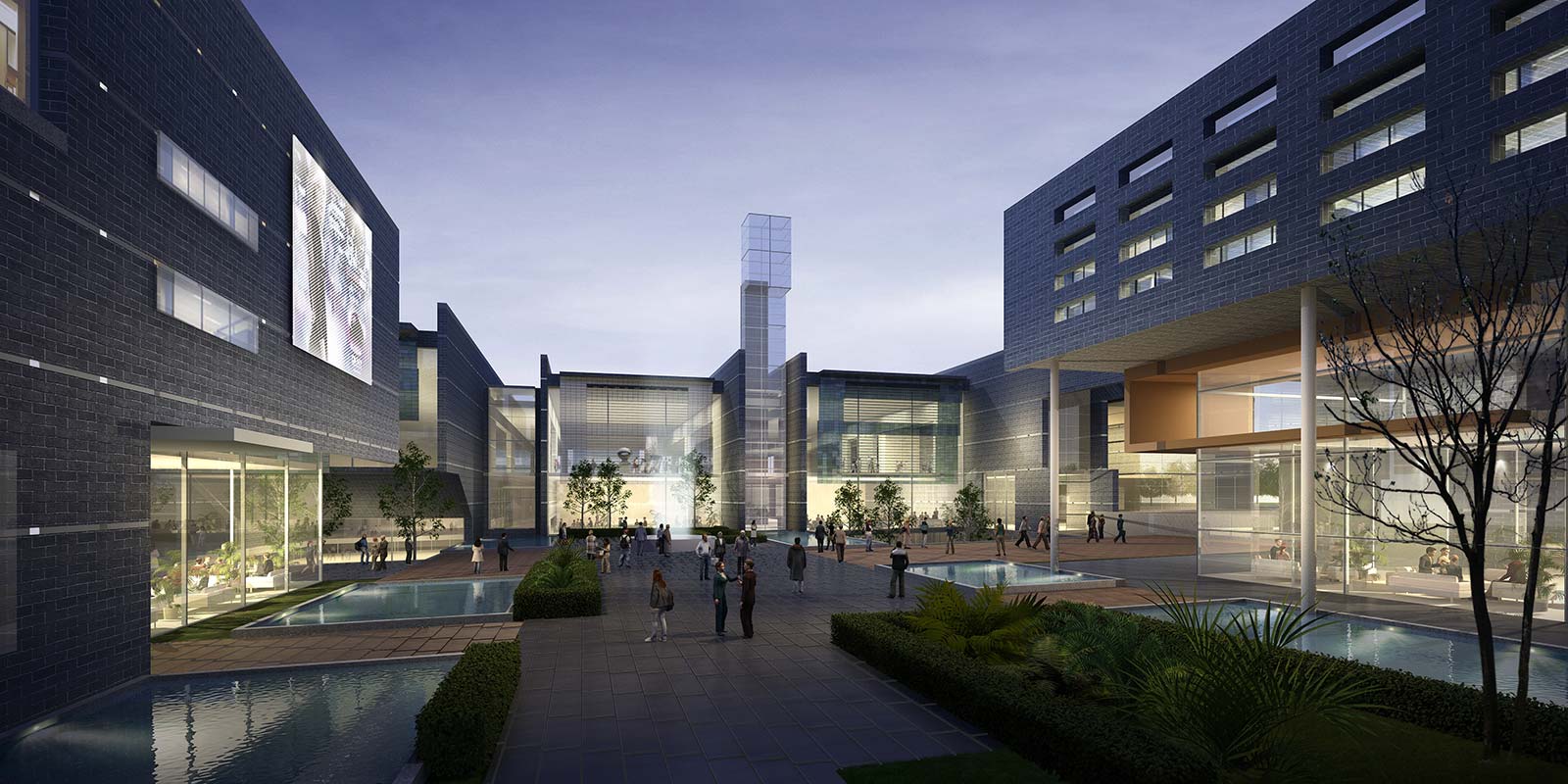 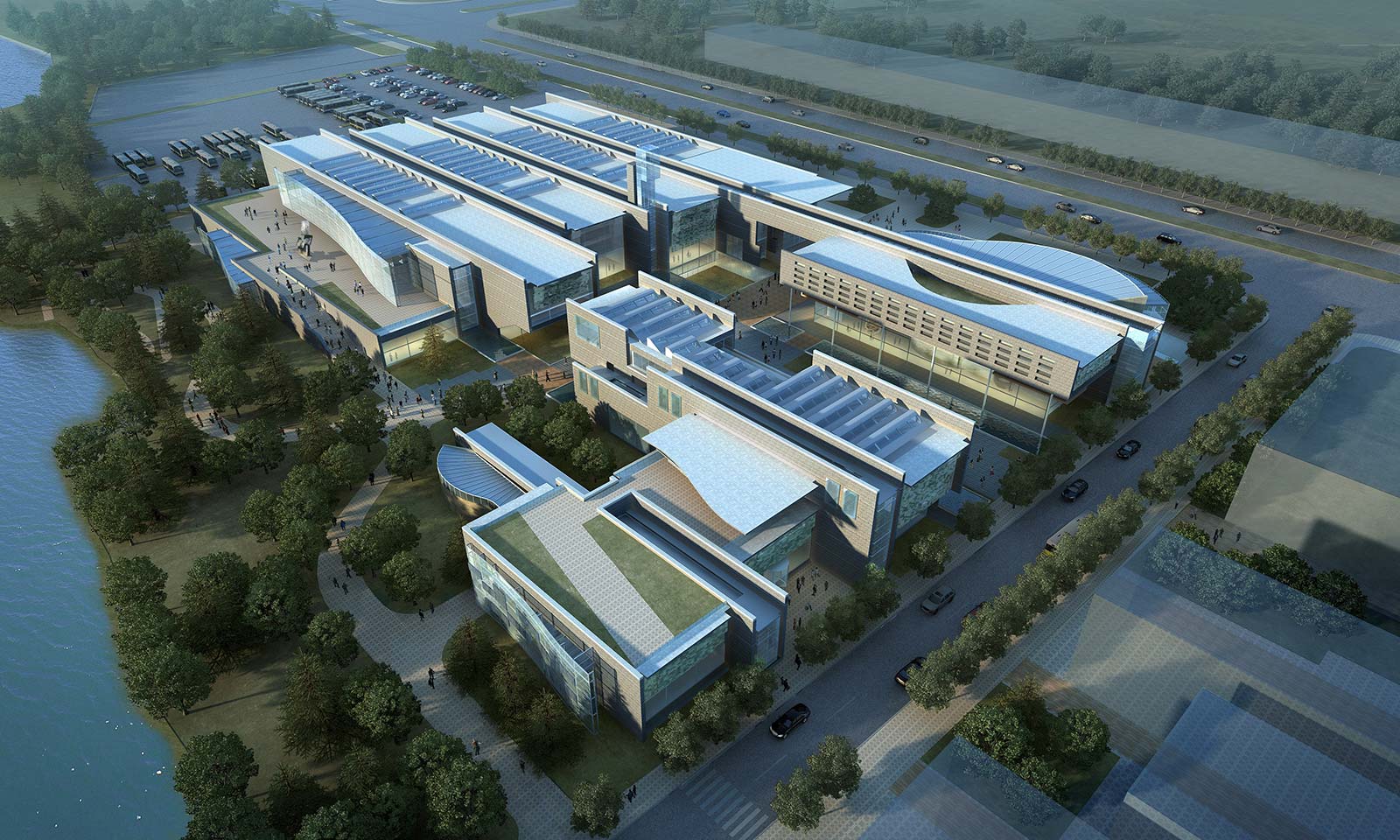 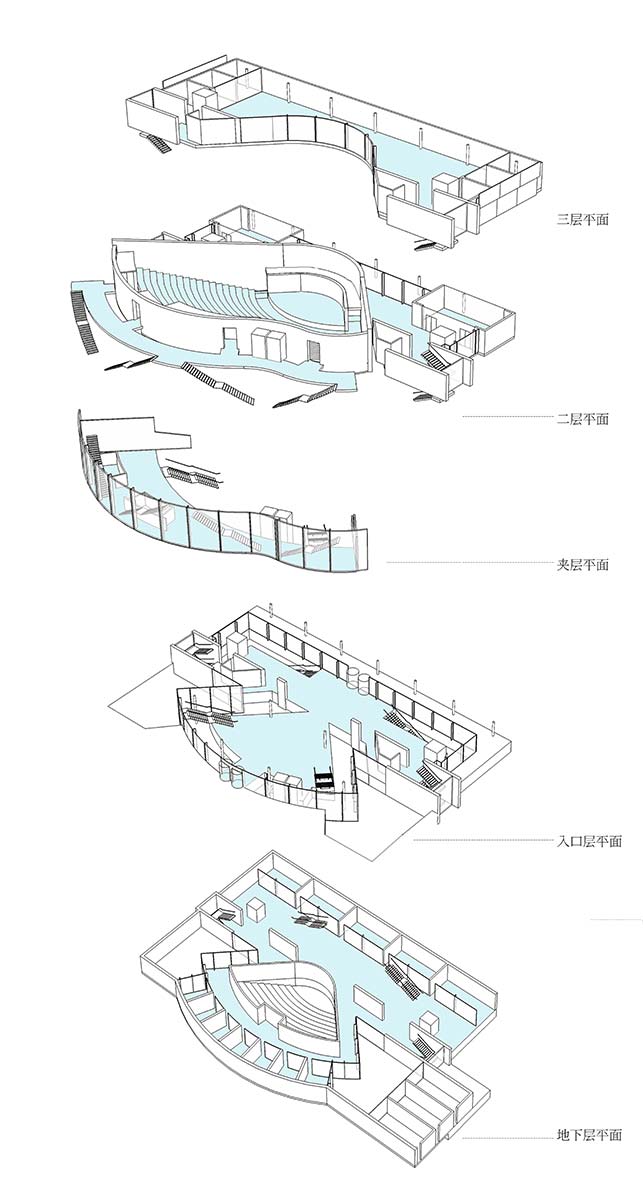 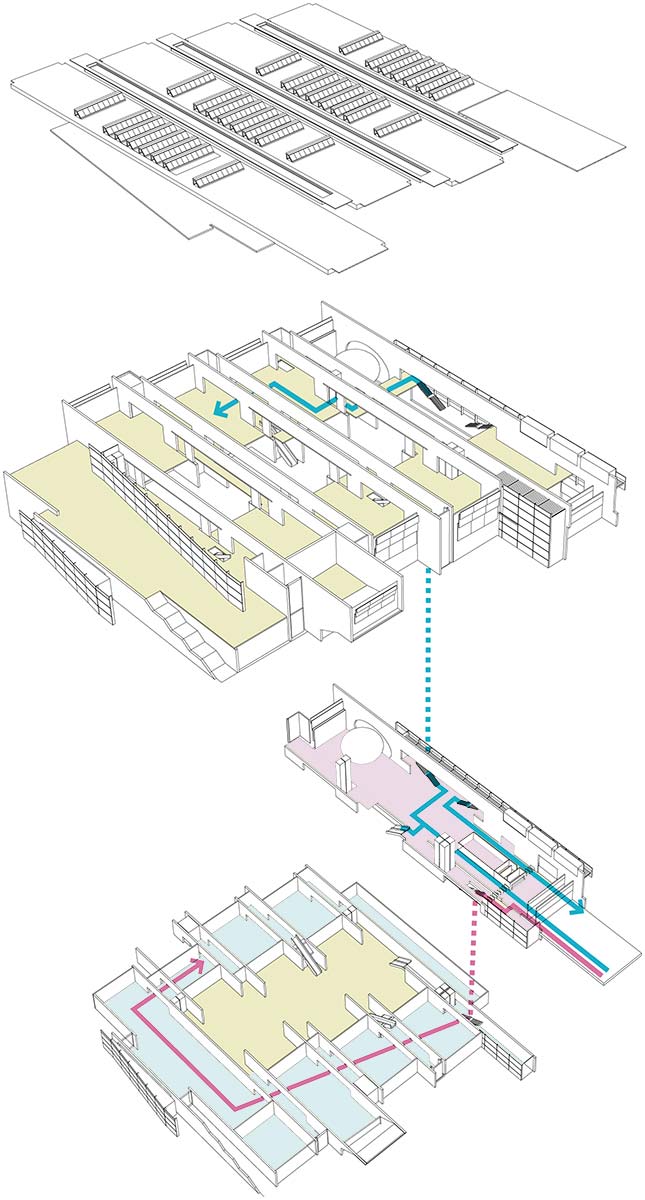 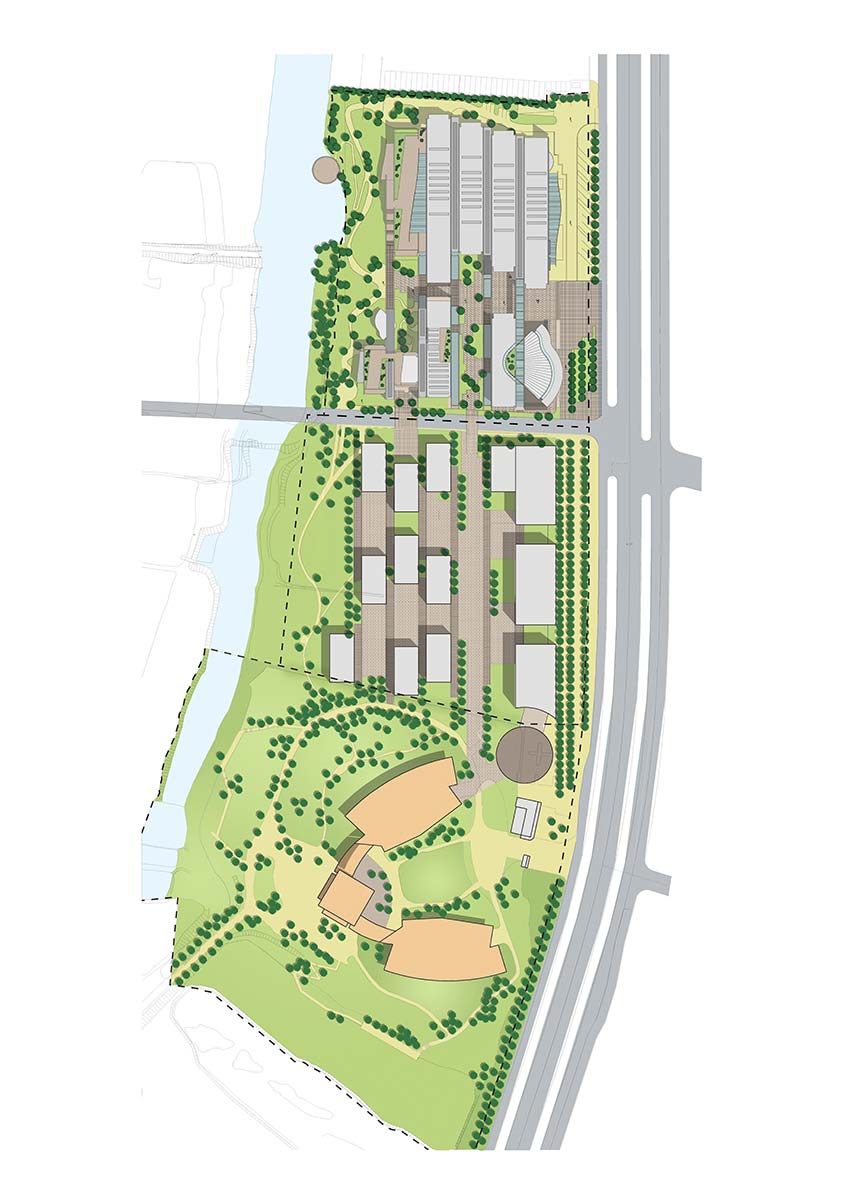 MJP were invited to participate in an architectural competition for the design of a large new cultural centre in the city of Yangzhou, on the edge of the central Conservation Area. The priorities of the brief were that the design should respect its historic context and operate very efficiently. It contains a science museum, a conference centre, and an arts centre for children and young people.

Yangzhou is a couple of hours northwest of Shanghai, on the north bank of the Yangtze River. Historically it was one of the wealthiest cities in China, and much of its architectural and landscape heritage still survives. Characteristically the old courtyard houses had long thin plans, divided by passages. This gives a very strong ‘grain’ to the townscape, visible in the aerial photo.

The planning of our scheme follows the historic pattern, organised around a series of parallel walls running through the site. The buildings are loosely woven into this grid. The walls are interrupted and eroded to create courtyards, gardens, exhibition spaces, foyers and all the other internal facilities.

Walls in traditional Chinese gardens are arranged to create sequences of courtyards and landscaped spaces which reveal themselves in surprising and delightful ways. Openings are carefully positioned to frame views and reveal further gardens. These qualities were exploited in the detailed planning.

Each of the three buildings has a street frontage and, though it is a large development, the site is fully pedestrianised. Traditional materials are used within a modern architectural language and the open green landscape to the west is allowed to permeate the new buildings.

The science museum is prominent on the main road, revealing some of the excitement within, along with the conference centre. The arts centre for young people is on the quieter side next to the open landscape.