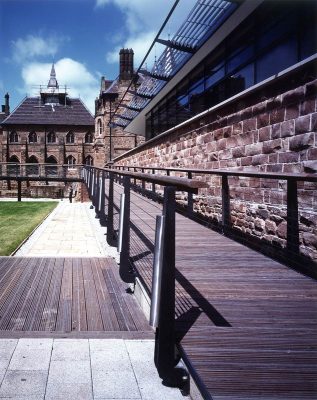 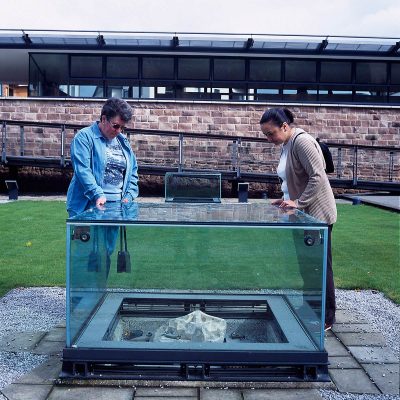 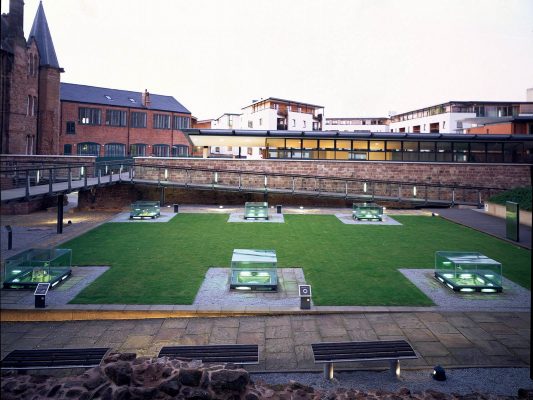 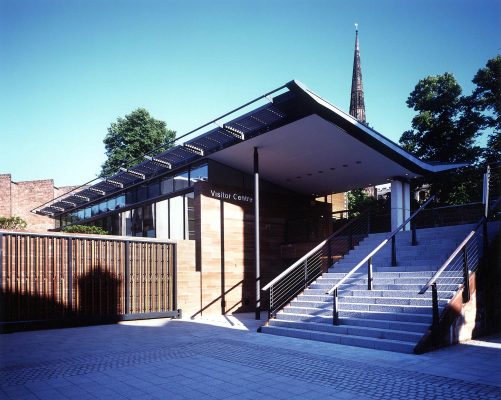 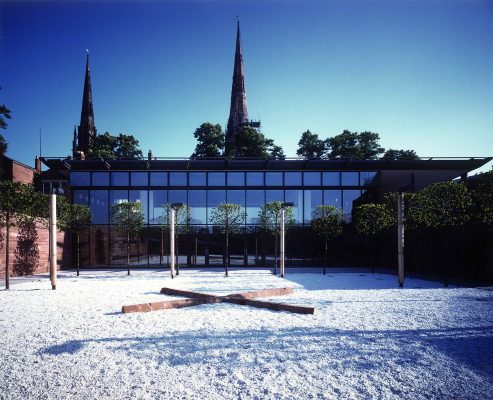 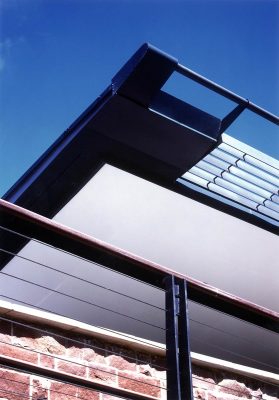 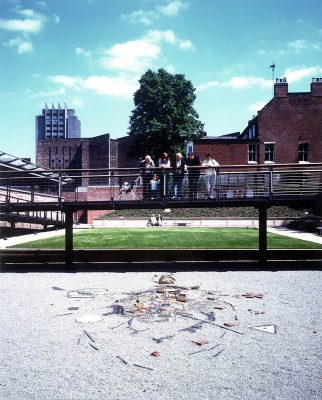 We were commissioned to design the Priory Visitor Centre, as part of the Coventry Phoenix Initiative, which MJP masterplanned.

The building houses an interpretive exhibition of the artefacts found in archeological excavations of the ruins of Coventry’s 11th century Priory, a scheduled ancient monument. It also contains a meeting room for the City’s Multi-faith Group.

The approach from the Cathedral quarter takes the visitor over a bridge spanning the Priory nave, which has been excavated and landscaped to form a garden.

A massive 17th century wall, built on the foundations of the original nave wall, has been repaired and extended to form the north wall of the garden and the south wall of the Centre. The Centre’s roof and clerestory glazing are visible, seeming to float above the line of the wall.

A wide flight of steps leads the visitor down to the building’s entrance, protected by a generous extension of the floating roof.

New stone walls perpendicular to the existing wall define a new enclosure on the site of the Priory cloister. Pleached lime trees form an implied ambulatory around the new space.

The roof floats above these walls, delicately supported on a row of white concrete columns that define a structural spine offset from the centre of the building.

The Multi-Faith Group meeting room hovers within this volume, accessible by internal stairs and a lightweight walkway at first floor that remains independent

of the 17th century wall, allowing light to filter down the south wall of the space.

The north wall is fully glazed, providing continuity of wall and floor surfaces from inside to out.