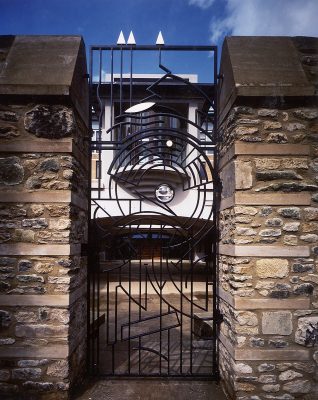 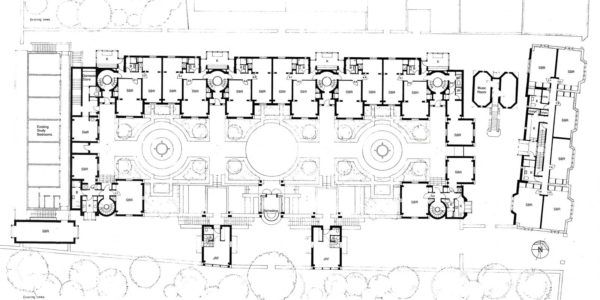 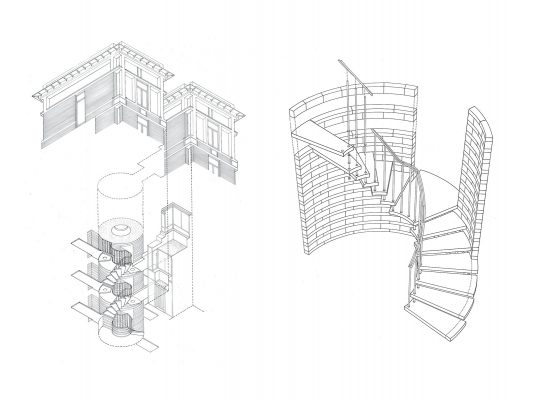 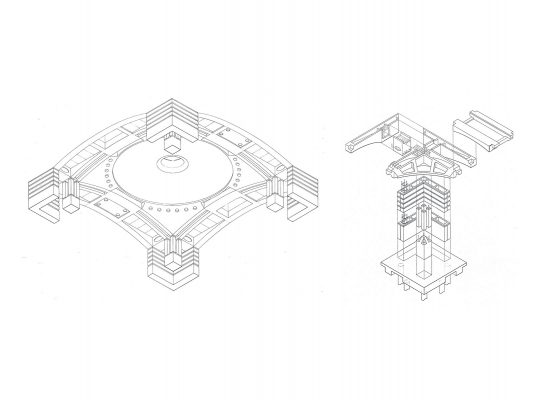 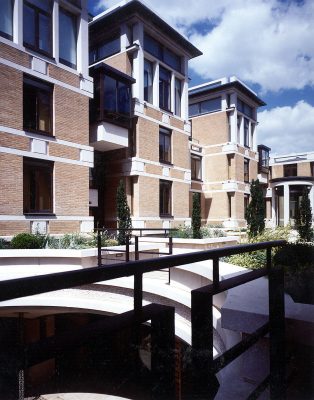 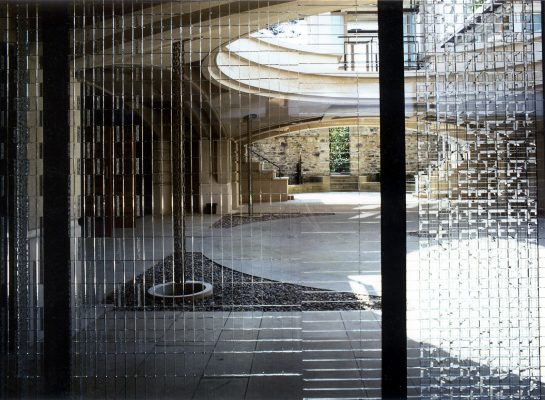 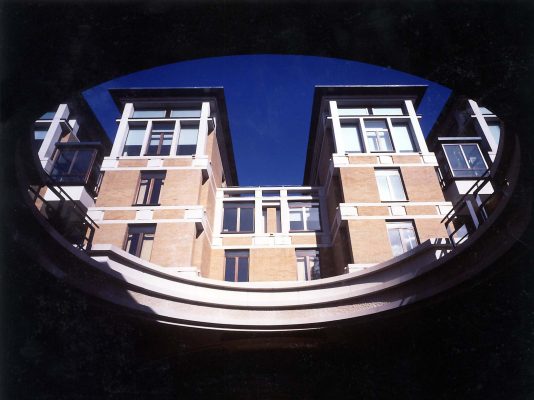 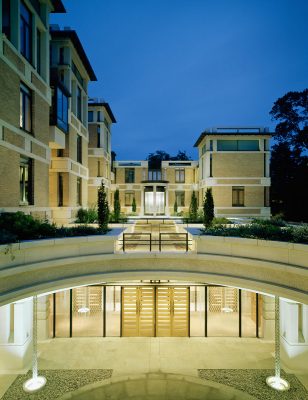 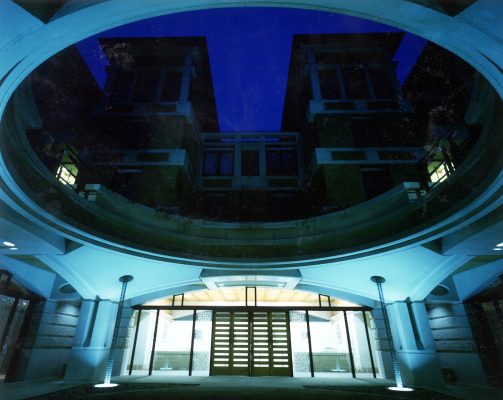 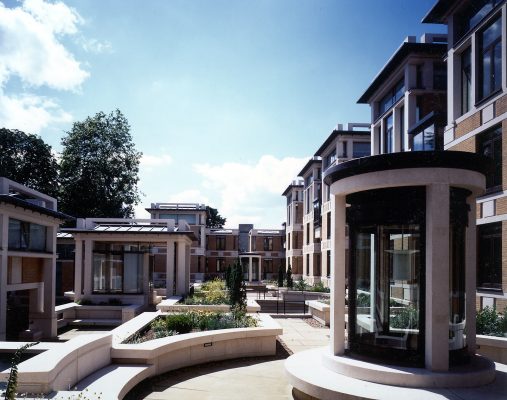 In a poll conducted by the ‘Oxford Times’ in 2003, our new quadrangle for St. John’s College was voted by the public to be the best building constructed in Oxford within the previous 75 years.

It lies behind a 17th century stone wall that forms the northern boundary of the College garden. By penetrating beyond the garden, the development extends the College into previously unknown territory. In anticipation of this, the building was designed to sustain a sense of the secret and unexpected.

Public rooms including an auditorium and dining room form a lower ground level; a top-lit underworld. Above these, a landscaped terrace forms an upper world for 41 undergraduate rooms arranged in towers. Smaller buildings (fellows’ sets and a belvedere) in the foreground contribute to the complexity of the silhouette.

The construction articulates the contrast between the upper and lower worlds. Below terrace level, the structure consists of precast white concrete, the largest elements weighing about eight toms. Piers are rusticated and the shallow pendentive domes are cantilevered off clusters of highly polished columns. Hollow keystones illuminate deeply coloured perimeter walls.

. . . the horizontal layering of progressively light filled spaces – of vault through garden and finally up to tower – is extremely skilful

The public rooms can be opened into one another for major functions, such as concerts and lectures. Access to student rooms is entirely separate and these rooms are arranged conventionally around spiral staircases.

The existing listed building fronting Parks Road has been refurbished and partly rebuilt for student accommodation and teaching rooms. Between this building and the Garden Quadrangle is a group of music rooms in a two storey pavilion.