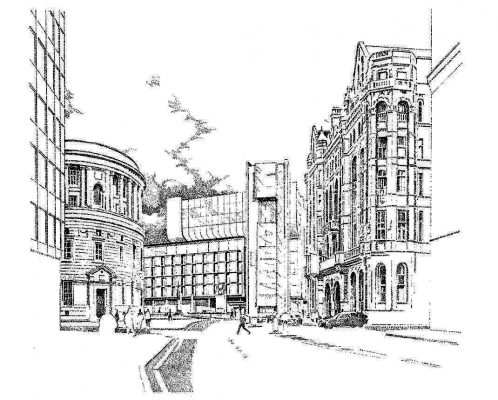 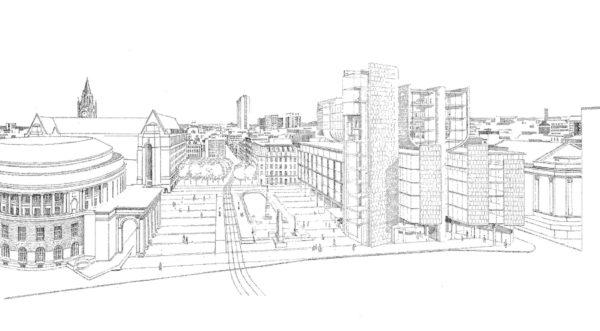 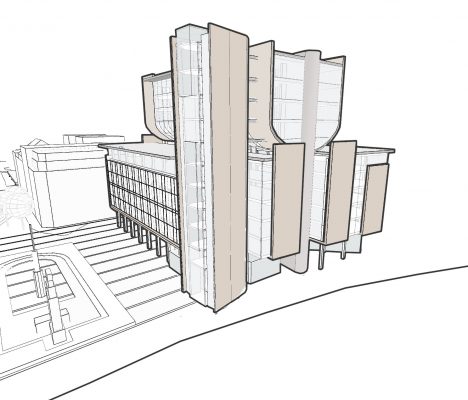 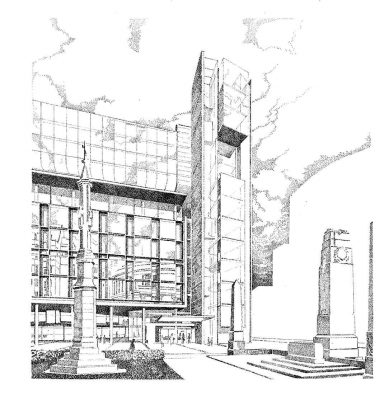 The building forms an annex to the existing LSE Rosebery Avenue Hall of Residence. It is situated on a small, sloping corner site, which falls to the south down to and facing Myddelton Street, once a fine Georgian terraced street but now fragmented by post-war council development and speculative late 1980s office buildings.

The brief called for 140 student spaces with ancillary conference and service facilities; this accommodation is provided in a three sided courtyard set against the south face of the existing building. Student rooms are arranged around a raised terrace above a suite of conference rooms which are at the lower street level accessed directly from the street or from the lower level of the courtyard.

The rooms are arranged along a corridor in “landing” groups of four rooms leading off stair and lift cores; each group shares shower and wc. Horizontal corridor circulation, required for maintenance and disabled access, is articulated by the staircase arrangement suggested by social and day-to-day use of the building.

The elevations are of red brick with a continuous storey-height plinth perforated by small window openings, off which the upper storeys rise as a series of unbroken planes of recessed brickwork. Between these the projecting brickwork of the plinth is carried up to form window cases which are articulated with reconstituted stone lintels, corbels and cornices. Above the datum established by these projecting elements, the wall is cut back further to reveal planes of glass set within a framework of reconstituted stone which finally reveals the underlying structure of the building.