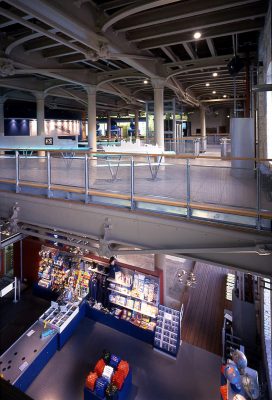 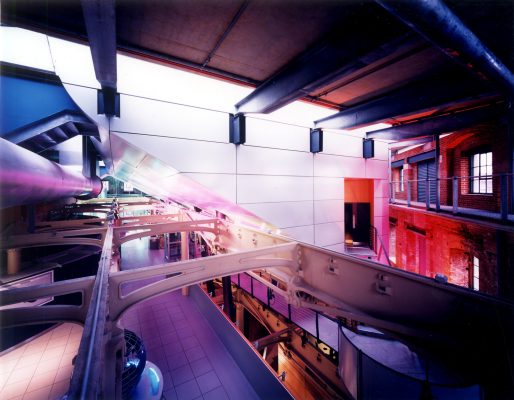 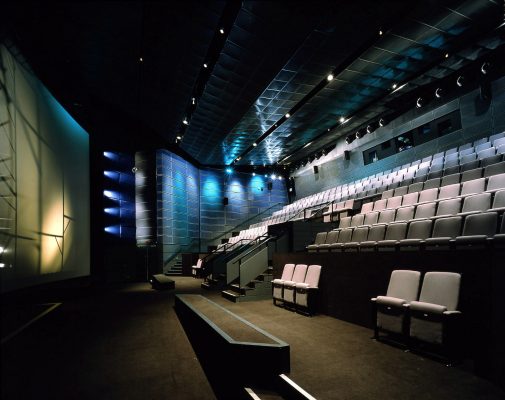 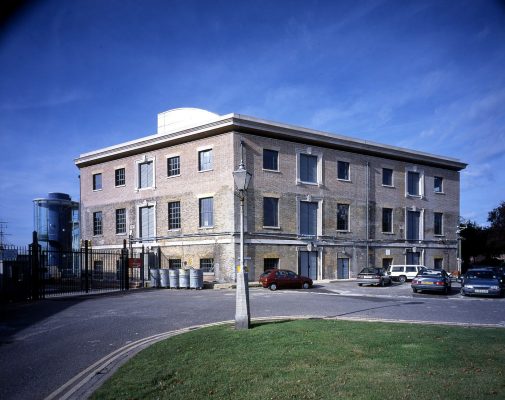 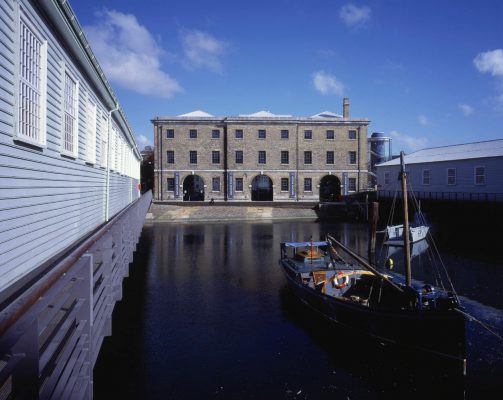 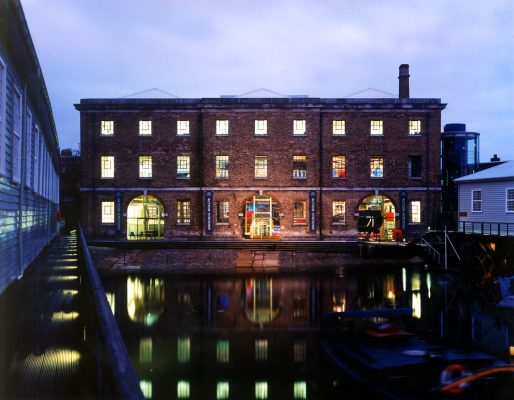 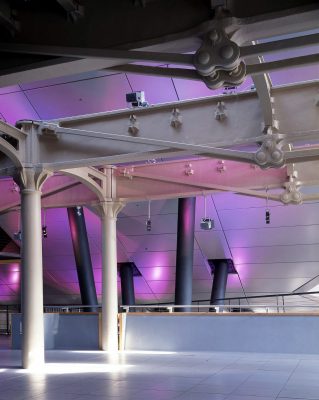 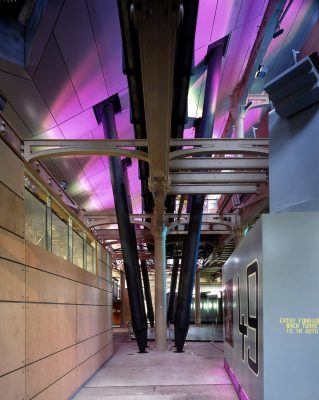 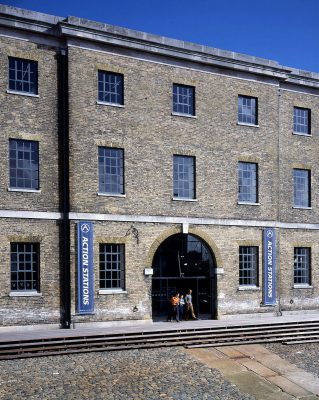 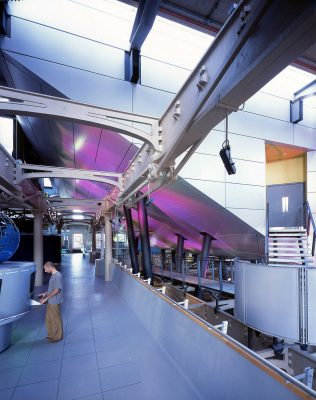 Boathouse 6 is Grade II* listed and a scheduled ancient monument in the historic naval dockyard at Portsmouth. Built in 1846 to store boats, it was severely damaged during the Second World War.

The Portsmouth Naval Base Property Trust wished to convert the boathouse into a state of the art exhibition building with a cinema. Our challenge was to fulfil the complex brief within the constraints of the listed building, respecting and conserving its original construction and fabric.

Unlike the rather humourless structures often produced by today’s pragmatic modernism, the conversion of Boathouse 6 is a joy, an indication that a serious approach can deliver serious pleasure.

All the new architectural elements (including the auditorium) are reversible, avoiding damage to the existing fabric, and designed to complement the original architecture. The area most badly damaged by bombing provided space to insert a 275-seat cinema/ auditorium. It is conceived like the hull of a ship, set in dynamic juxtaposition to the cast iron frame.

The building contains exhibitions and educational facilities relating to various aspects of the modern Royal Navy which allow the public to interact (physically and virtually) with many of the tasks carried out on board a modern frigate. It also accommodates the University of Portsmouth’s Institute of Maritime and Heritage Studies and is let out for private functions and seminars. Heritage England used the building to launch their ‘Creative Re-use’ initiative.

The existing building was repaired and conserved throughout. The brickwork and windows of the existing elevations were carefully cleaned and repaired. The cast iron frame was cleaned and repainted. The roof was renewed and restored to its original extent.