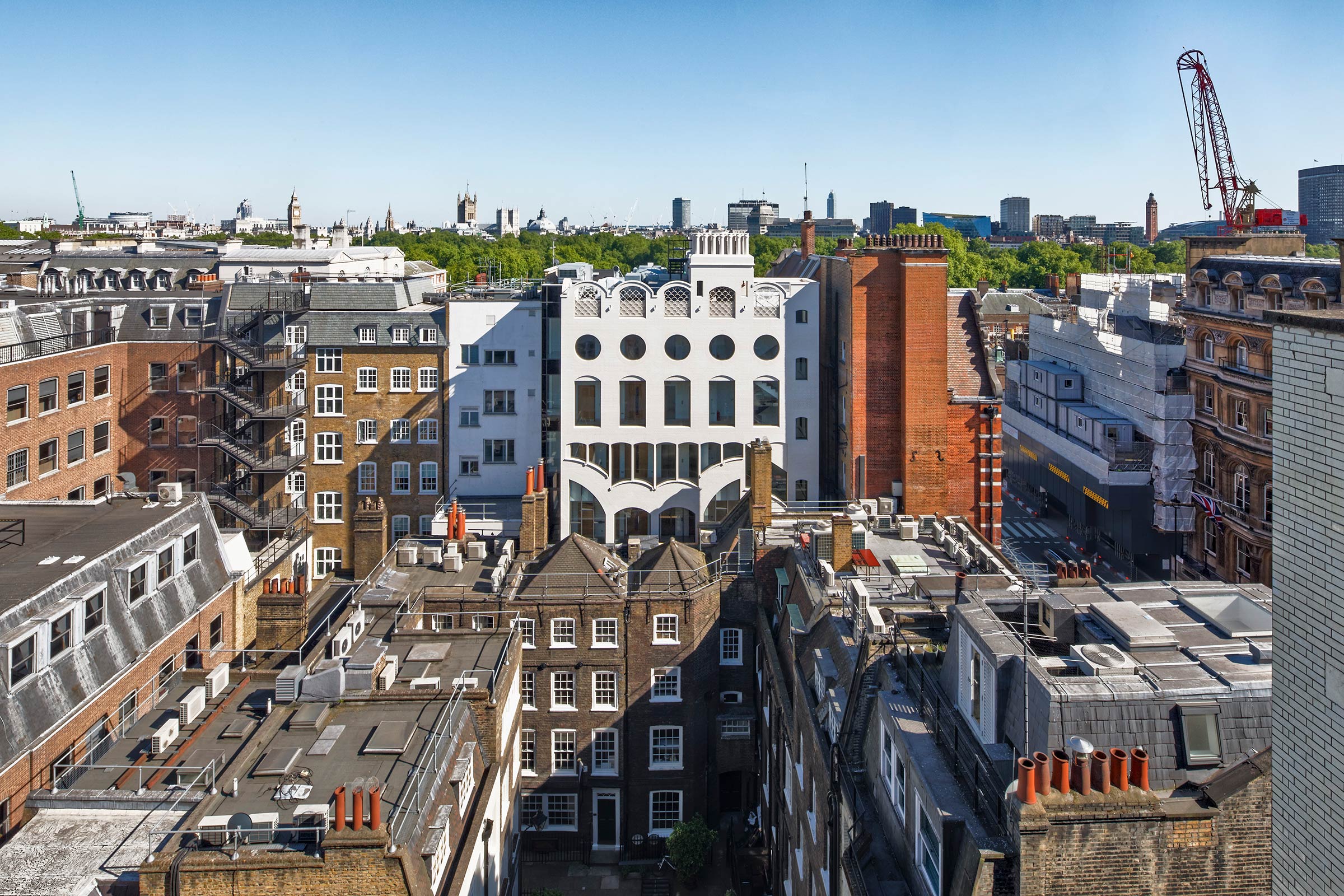 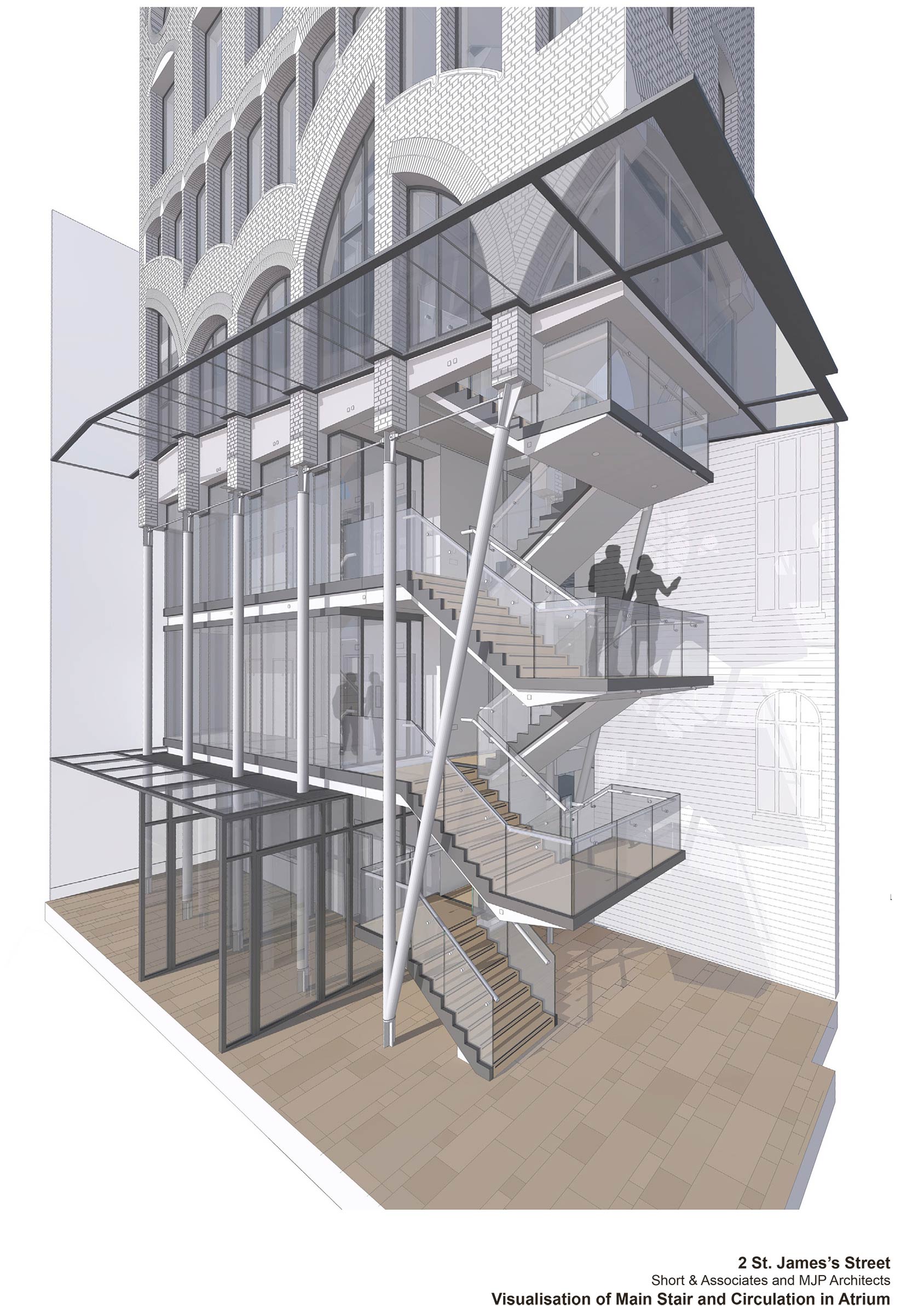 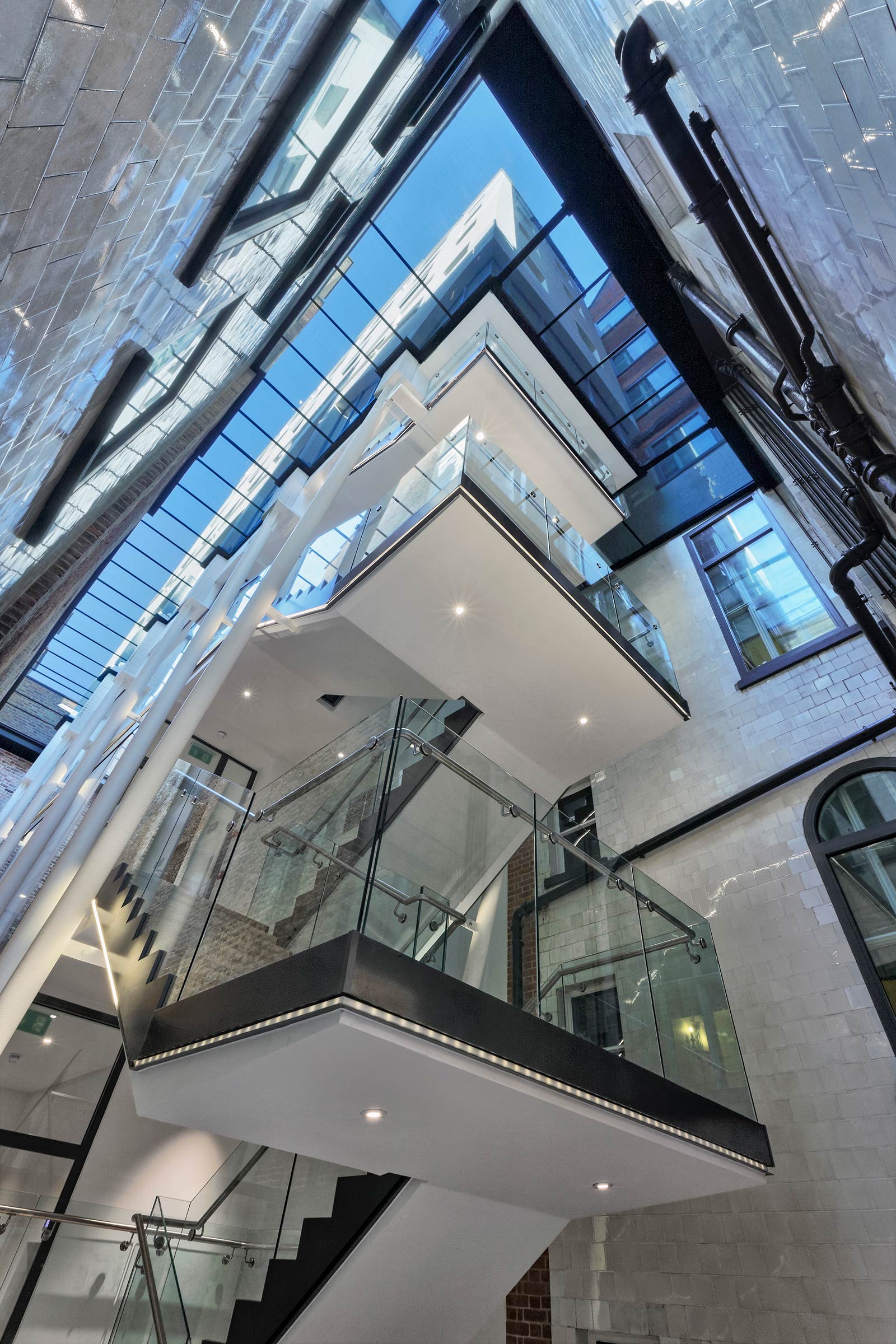 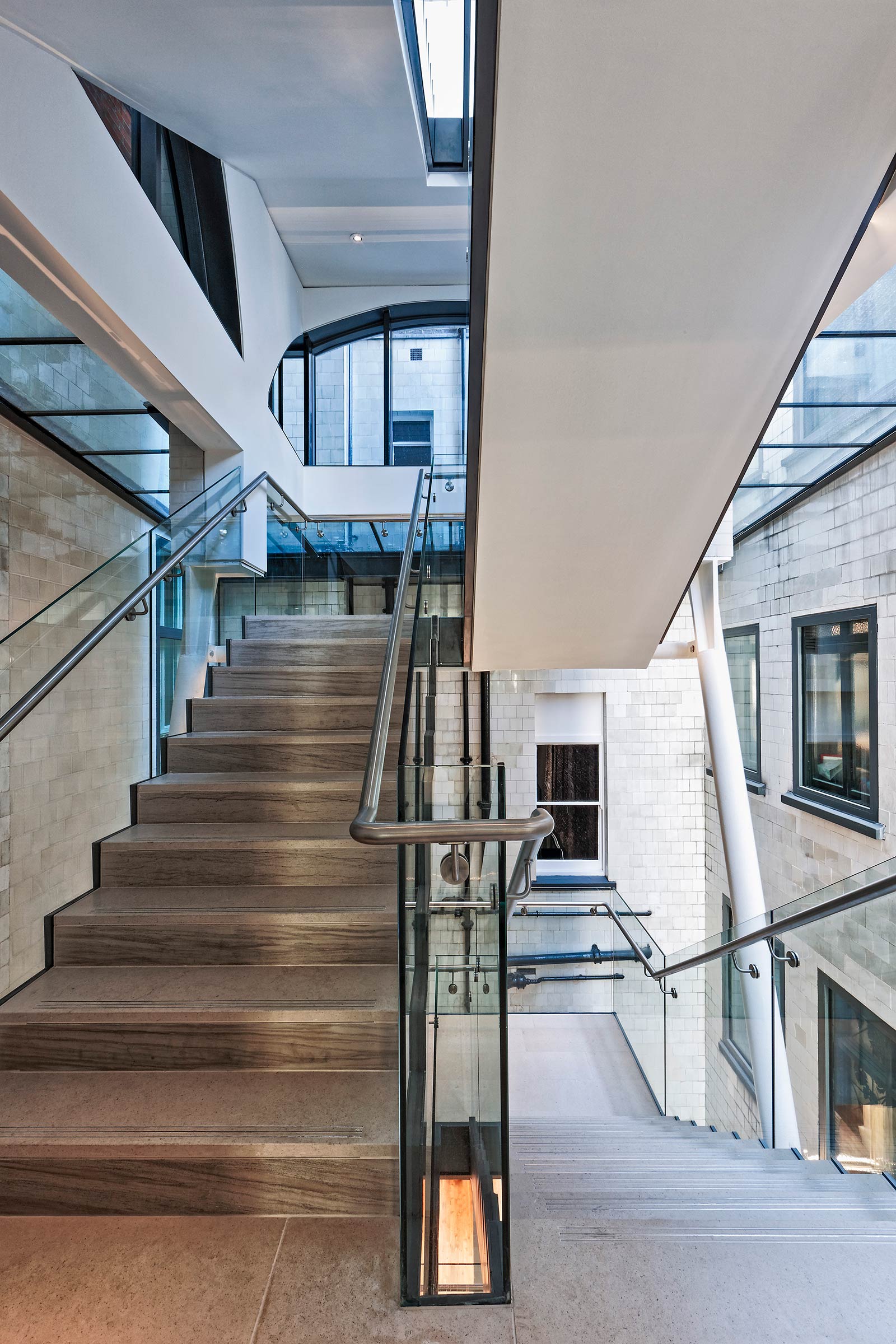 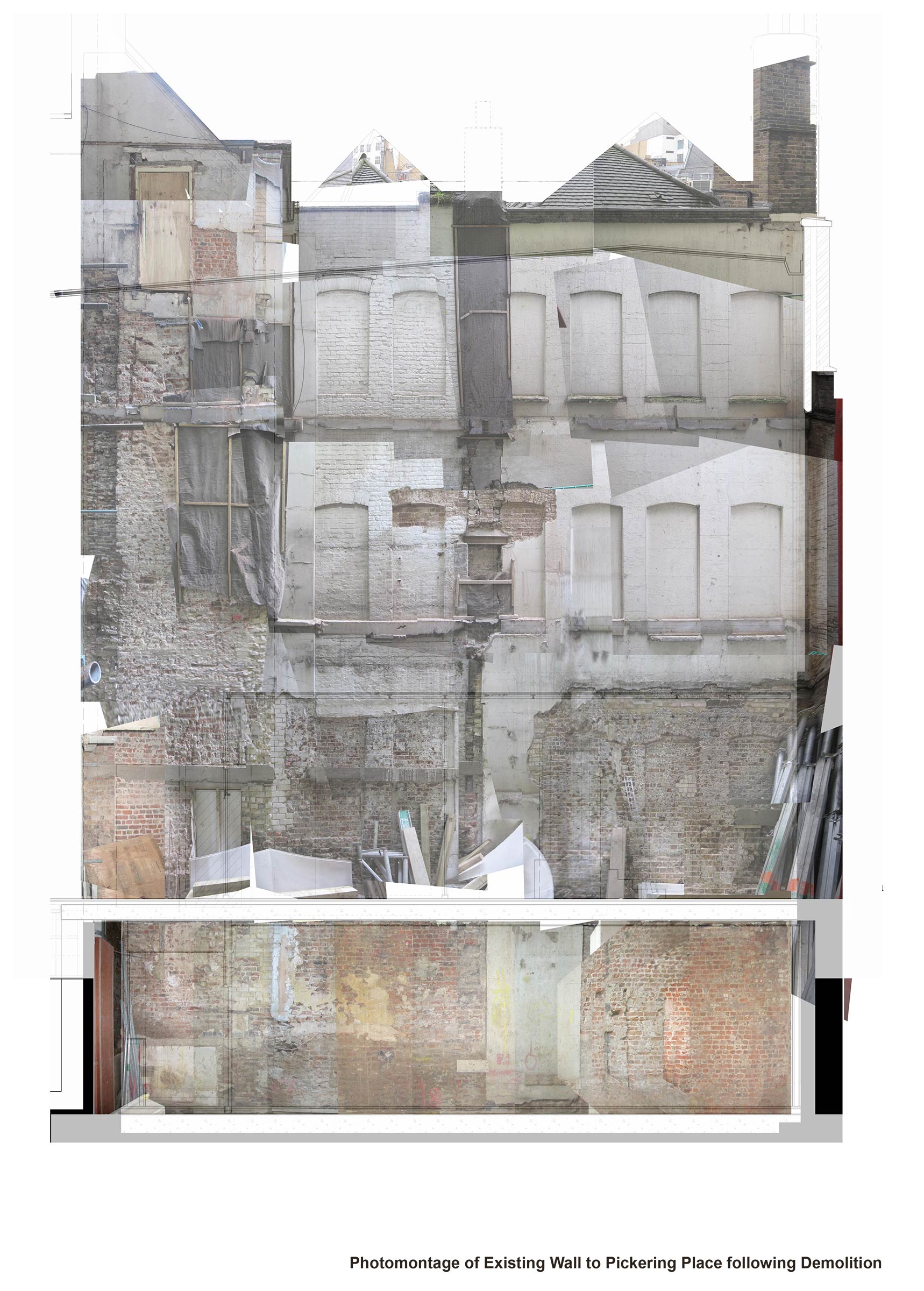 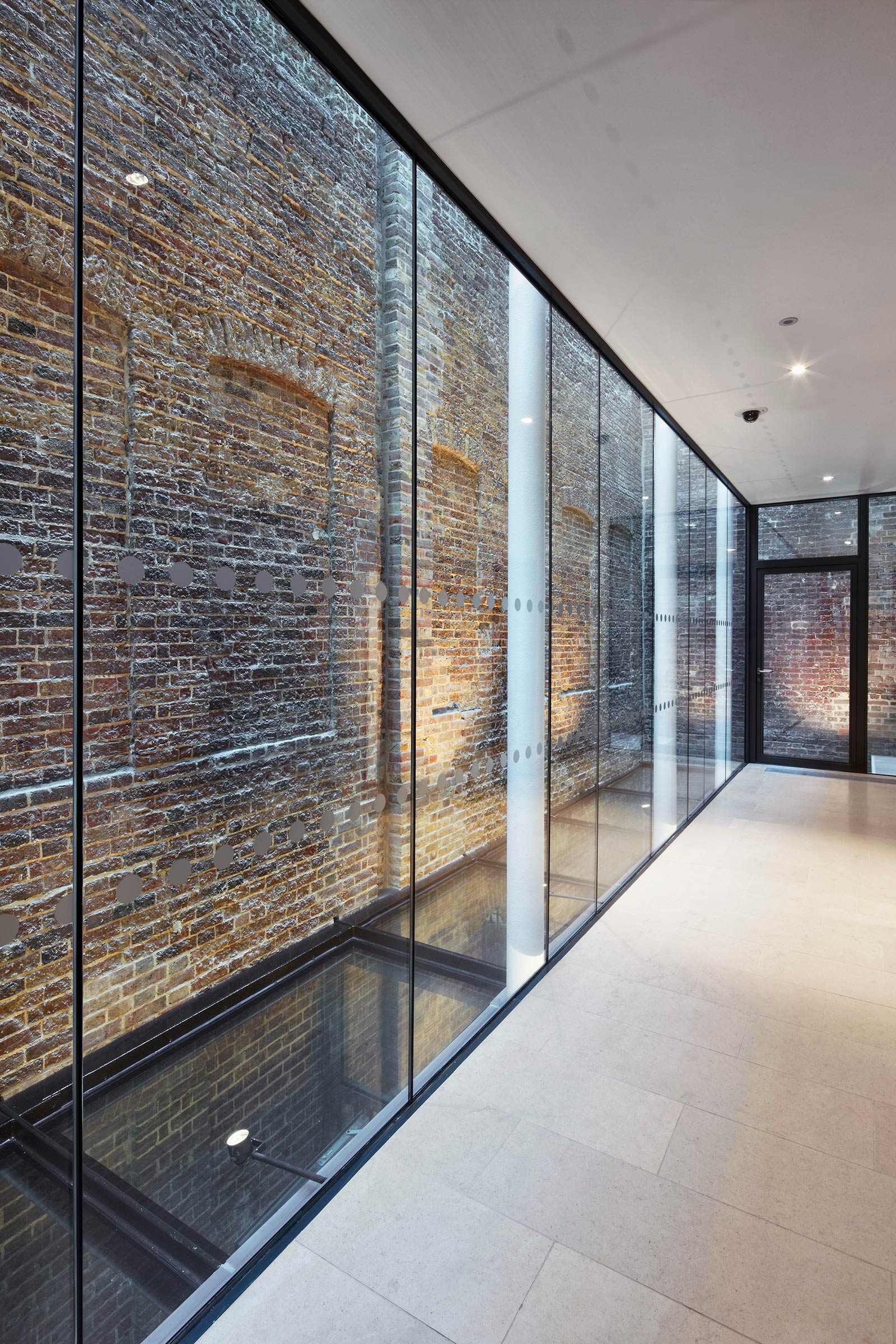 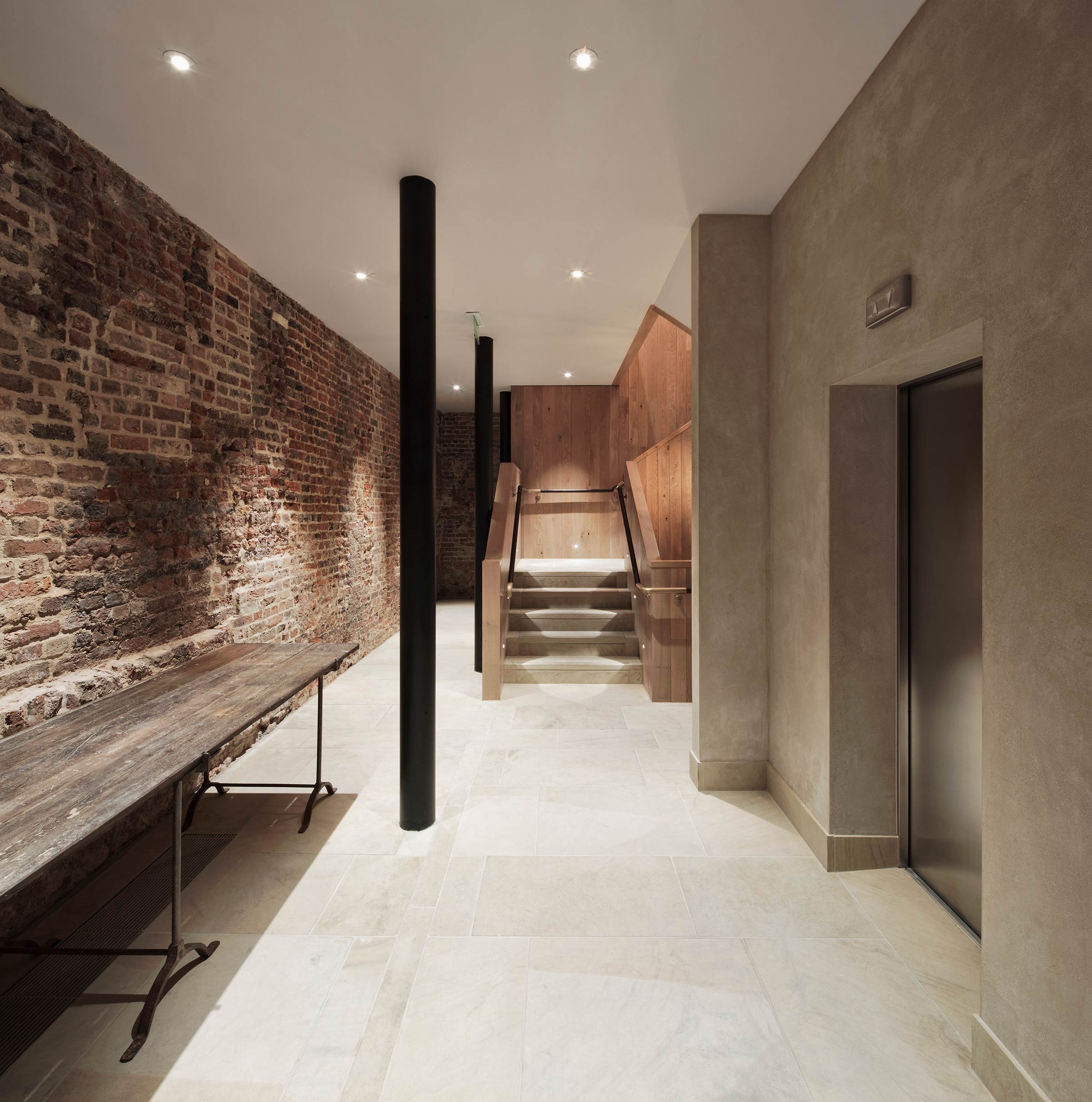 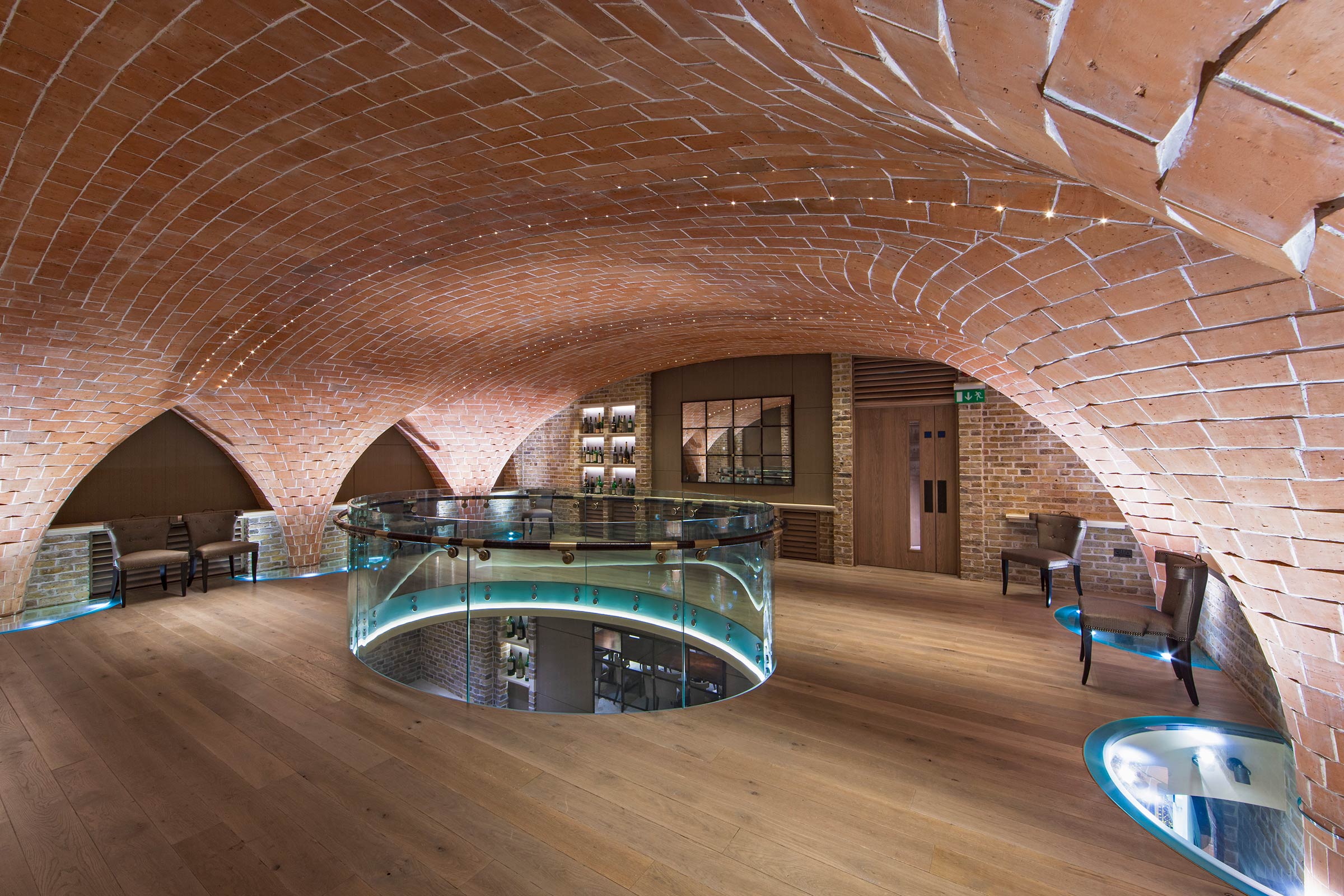 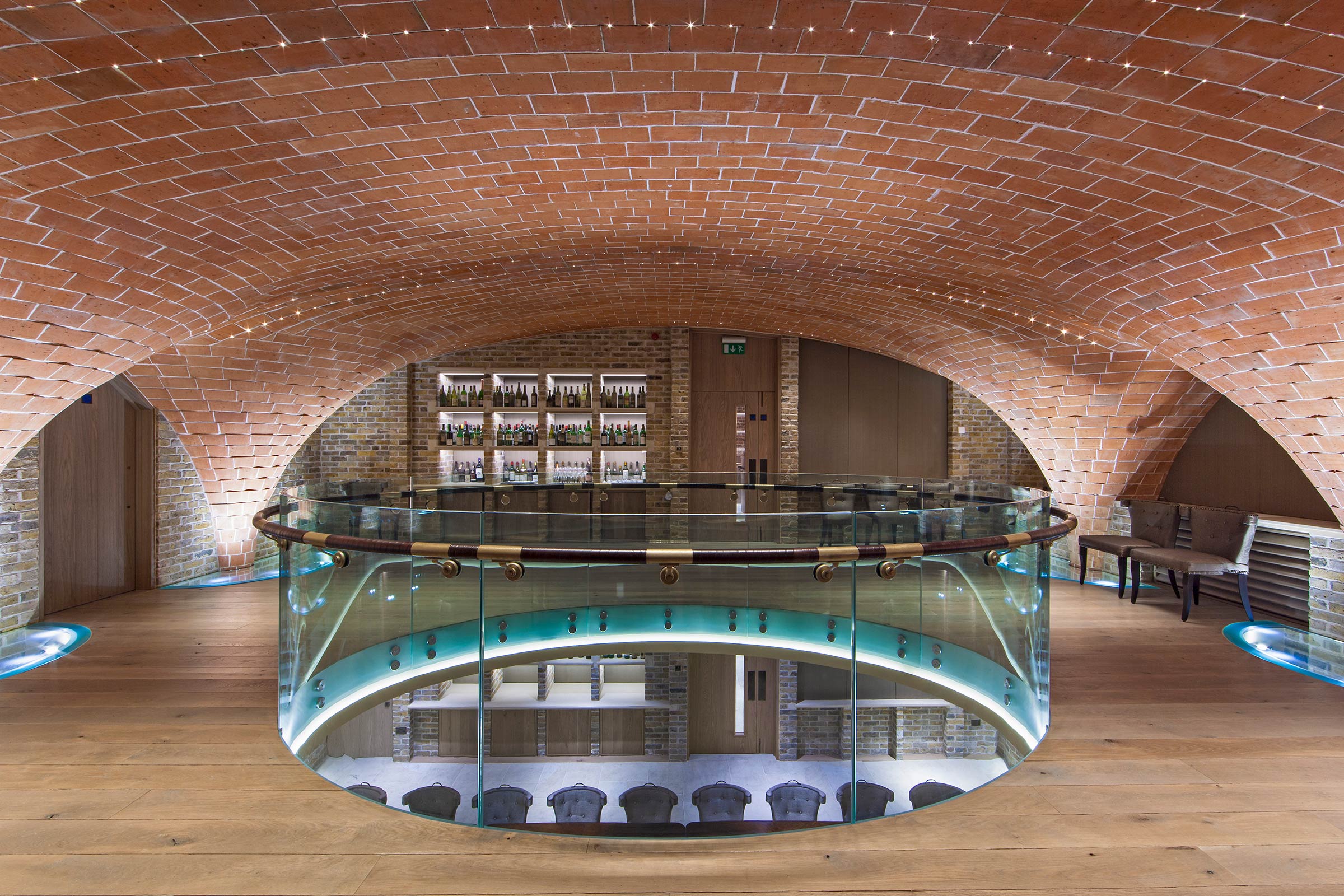 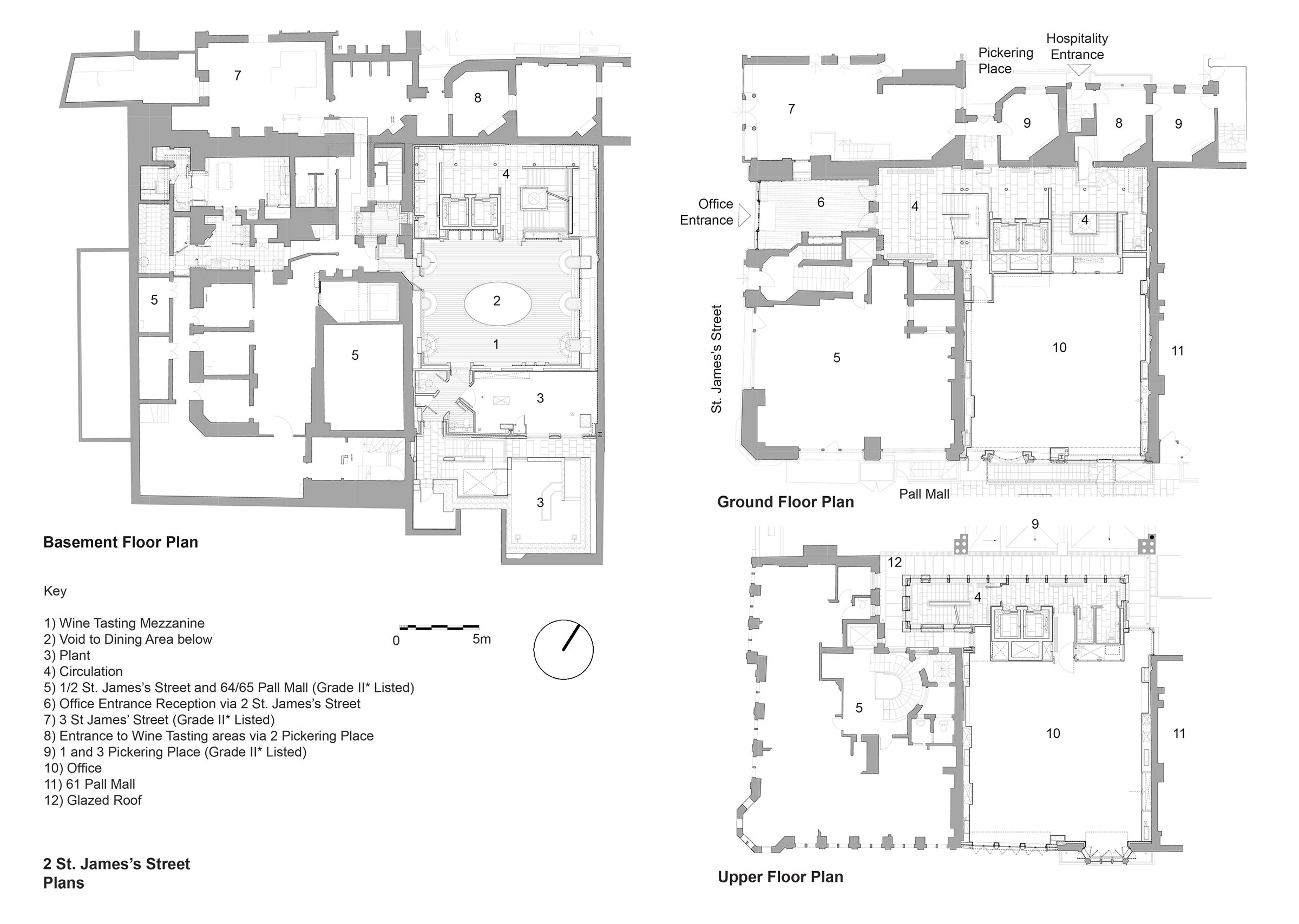 MJP’s project for wine merchants Berry Bros. & Rudd is located in the St James’s Conservation Area within the City of Westminster on a very tight and historically sensitive urban site, surrounded on three sides by four Grade II* listed buildings.

The architects have orchestrated the subtle resolution of an architectural puzzle of unusual complexity culminating in several well hidden but spectacular jewels.

The offices are accessed from St. James’s Street, through a re-configured shopfront of Richard Norman Shaw’s Alliance Assurance Building of 1881. This new reception space opens into a new three storey high circulation atrium. The space unites an existing lightwell of Shaw’s building with the re-claimed rear façade of an early 18th Century Georgian Terrace.

The rear of the terrace is exposed in full for the first time in over a hundred years. The space is enclosed by a glass roof, above which a new brick elevation rises. The offices themselves offer efficient square floorplates with views over St James’s Park

Over the years Berry Brothers have re-invigorated the wine cellars by transforming them into Hospitality and Event spaces.

New basements now extend these facilities. A new double storey hospitality space has been created, with a tiled fan vaulted soffit and a mezzanine. A new commercial kitchen is also incorporated and existing facilities have been re-organised to enable the renovation and expansion of the ‘Napoleon Cellar’ at the base of the Alliance Assurance building.

The project has been developed in conjunction with Short and Associates.