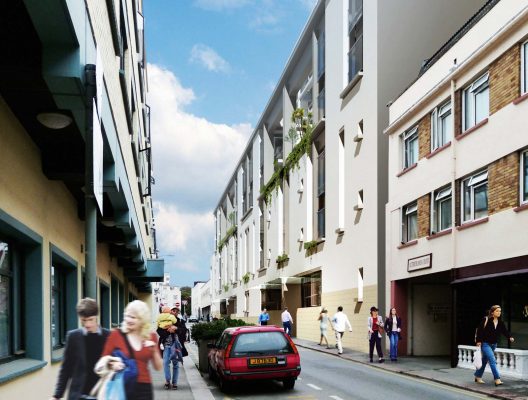 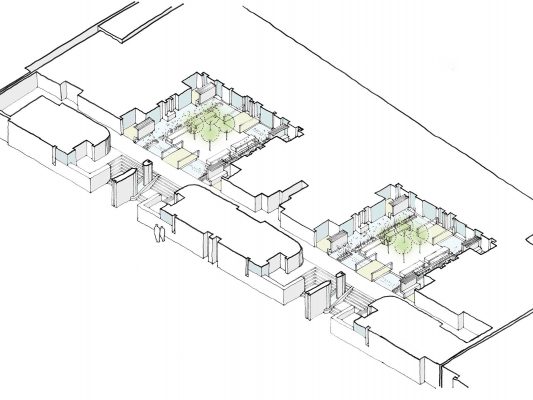 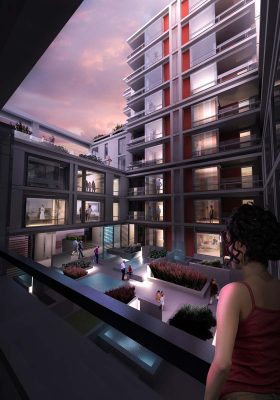 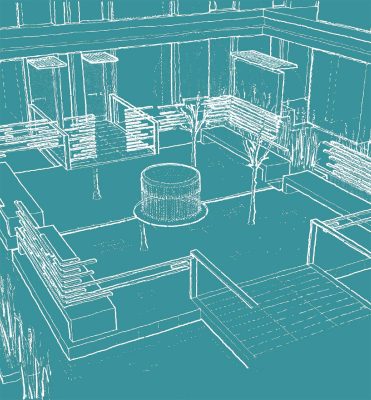 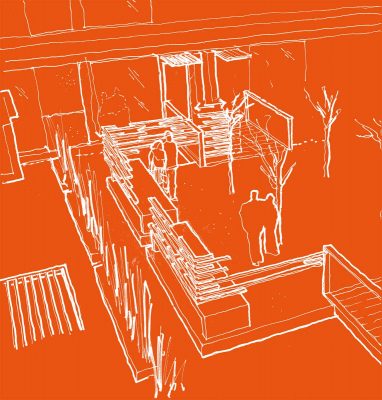 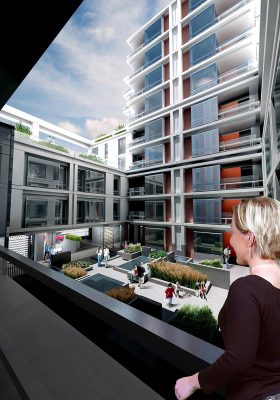 The proposal for the site of the existing Stafford and Revere Hotels at numbers 14 to 28 Kensington Place is for complete redevelopment of the site, with change of use from hotels to residential, with some ground floor commercial space, two levels of car parking (at lower ground floor and basement levels) and plant.

Pedestrian and cycle access is off Kensington Place – helping to maintain footfall and activity on the street. This was an aim agreed at the outset with the States of Jersey Planning Department; that the redevelopment of the site would focus circulation and public frontage onto Kensington Place as part of a strategy to regenerate the street.