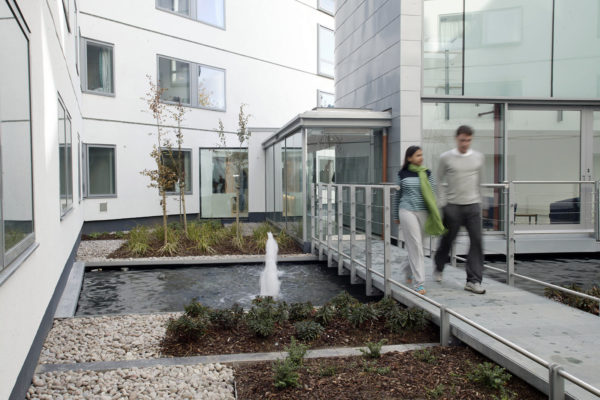 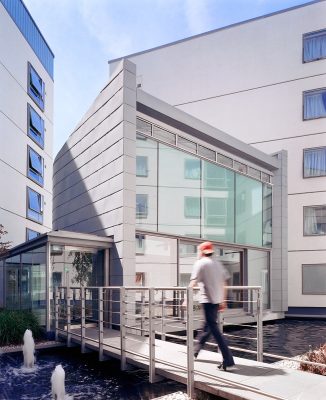 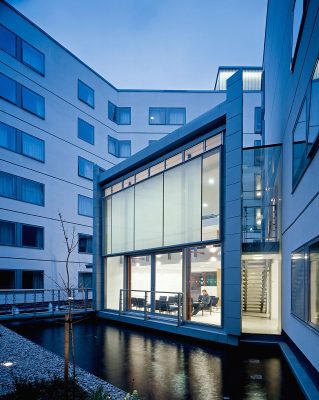 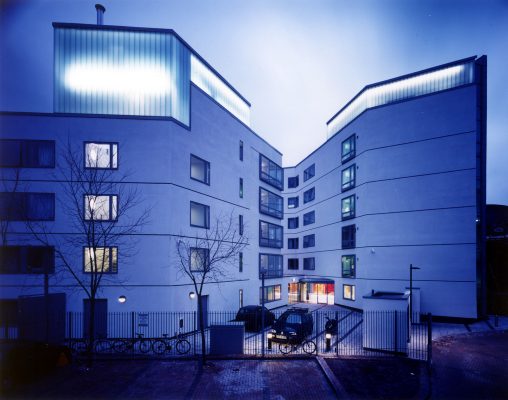 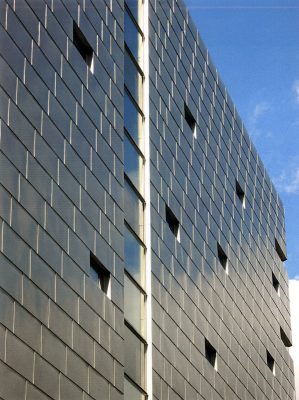 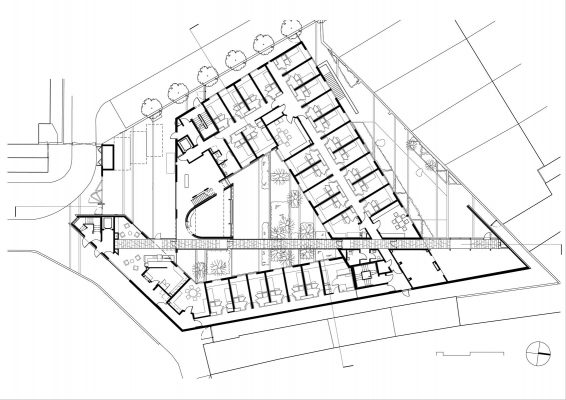 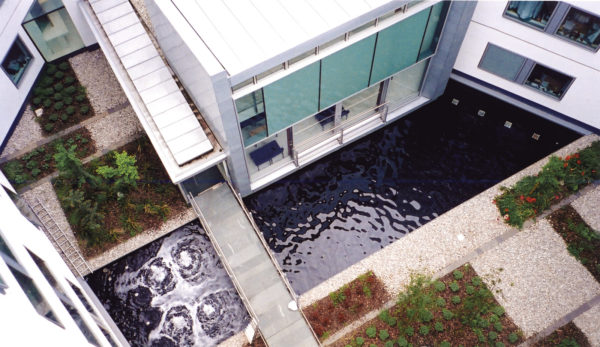 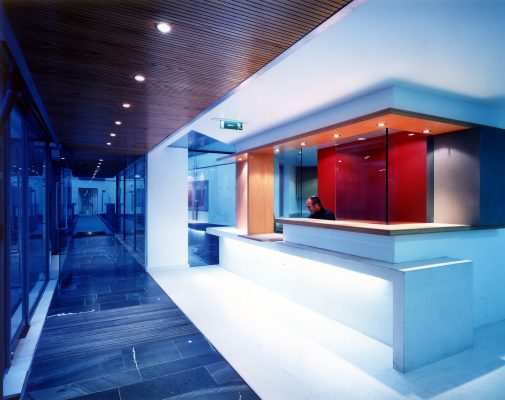 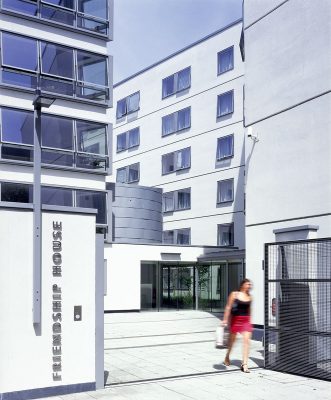 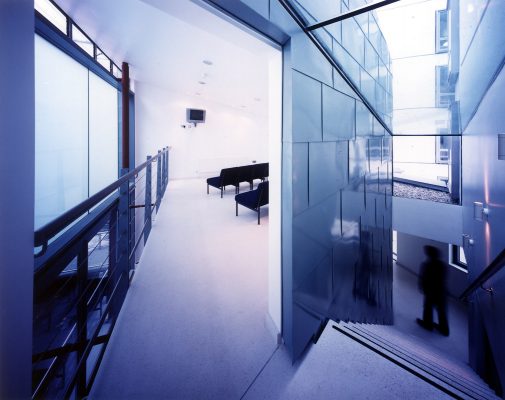 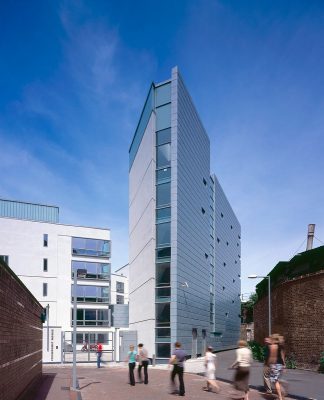 LHA London is a charity which provides accommodation on a flexible and affordable basis to young working people and students who would normally struggle to live in central London. Each resident has an ensuite room and small groups share kitchen/ dining rooms. Other facilities include common rooms, social study space, and a gym.

It is a constrained site, located in a densely populated inner-city area, surrounded by housing on three sides and a railway along the other. The challenge was to optimise the use of the restricted space to create a peaceful and convivial living environment.

Not only is Friendship House regarded by London Hostels Association as its flagship development, but it sets a fine standard for single-person housing in Britain’s city centres.

The accommodation is arranged in a spiral fitting tightly to the site’s boundaries, around a tranquil central courtyard. The courtyard contains a pool and fountain which reflect light and produce a gentle white noise that camouflages the noise of the nearby railway and streets.

Cutting across this quiet space is a green slate walkway which connects the main ground floor common rooms back to the reception area. Shared kitchen/ dining rooms, serving as subsidiary common rooms, are located in the corners of the courtyard. Friendship House is extremely popular with its residents, and there is very high demand for places.

Much thought was devoted to the design of the rooms, which had to be small to make the project viable. Windows were placed adjacent to party walls to enhance reflected light and, combined with careful design of the fitted furniture, the rooms are very attractive and practical. None of the rooms face the railway and all are well insulated acoustically.

The outside of the building is finished in white render with mosaic inserts at each floor level. By contrast, there are zinc shingles on the elevation facing the neighbouring railway line, and glass planks around the tops of the stair towers.